Most scientists agree that the Southeast Asian Red Junglefowl (gallus gallus) is the primary wild ancestor of chickens. However, because DNA studies show that the Red Junglefowl lacks the gene for yellow skin (and shanks) it is believed that some point, hybridization with the Grey Junglefowl (Gallus sonnaratii) of India has occurred. The body structure of the Indian Gamebird (Cornish) and the Brahmas of China gives physical evidence of Grey Jungle- fowl influence. The tail carriage of the breed Sumatra indicates genetic contributions of the SriLanka Junglefowl (Gallus lafayetti). No doubt the Green Junglefowl (Gallus varius) has also contributed to modern chickens.

Distribution of Chickens occurred rapidly and was widespread because of their ability to provide meat and eggs without being competitive for human food sources. But it is believed that the sport of Cockfighting was the principle reason for dispersion of chickens.

The Auracana, originally found in Auracania region of Chile continues to provide confusion. Some scientists believe that it was Pre-Columbian and originally from Polynesia. But DNA evidence disputes this theory.

It is interesting to note that Charles Darwin borrowed extensively from pigeon and chicken breeders of is time in order to formulate his Origin of the Species. Sir John Sebright developer of the Sebright Bantam was often quoted by Darwin in the mid-19th century.

Even the Punnett Square, that we all learned to use in Biology Class, was named for R.C.Punnett, who utilized chicken gene traits to prove Mendelian Genetics at the beginning of the 20th century. 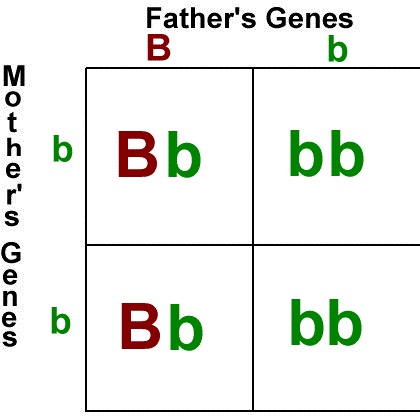 All chickens produce eggs that can be used by people for food. By providing proper diets and environment, specifically light, chickens can be stimulated to produce quantities of nutritious eggs. 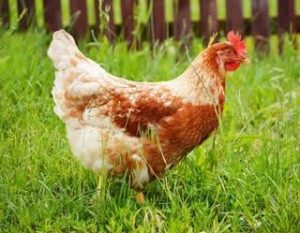 By selecting for specific physical traits, generation after generation, breeds chickens were developed. In 1874 the American Poultry Association published the first Standard of Excellence that outlined the breed characteristics. This ushered in the “Golden Age of Pure Breeding” and poultry led the way for all species of livestock.

Heavy breeds such as the Brahma, matured slowly and did not excel in egg production. Light breeds, including the Minorca, Leghorn and Ancona, were great egg producers, but lacked the size to be good meat producers. Dual purpose breeds like the Rhode Island Red, Barred Rock and White Wyandotte met both requirements, but seldom produce more than 250 eggs per year! 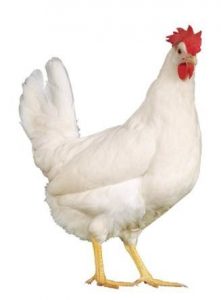 Therefore, any pure breed of chicken can be kept for egg production. However, modern egg production hybrids far surpass the pure breeds in egg production and feed efficiency. These birds will produce well over 300 eggs per year and will convert about 2 pounds of feed into a dozen large eggs!

Most Wisconsin county fair entry books follow State Statutes that were passed before Hybrid Laying chickens were readily available. Therefore, the terminology of “Crossbred egg type white earlobes” and “Crossbred egg type red earlobes” inaccurate today! The appropriate entries for these classes are the hybrid white and hybrid brown pullets as pictured above. Crossbreds or purebreds will be down-graded as production pullets.

Much of the credit for Hybrid Layers can be given to Henry A. Wallace, the founder of Pioneer hybrid seed corn company in 1926. The successes achieved in corn led Wallace to believe that similar gains could be achieved with the laying hen. In 1936 Wallace established Hy-Line poultry genetics on his farm in Iowa. In 1944 the DeKalb seed corn company began development of its own hybrid layers. Universities and other hatcheries also started their own lines of hybrid layers, giving us the Wisco White and the California White.

Today, the majority of hybrid layer genetics is concentrated in several large international companies. These companies produce the parent stock that hatcheries purchase to produce the chicks that they sell to producers. Poultry project members should familiarize themselves with these companies and ask their suppliers of chicks the origins of their birds. These major suppliers include: