Most varieties of domesticated duck are descended from the Mallard (Anas platyrhynchos). The Muscovy duck (Cairina moschata) is also a very common domestic duck. The Mandarian Duck (Aix galericulata) and its relative the Wood Duck (Aix sponsa) are also domesticated, but far less common than Mallards or Muscovies. 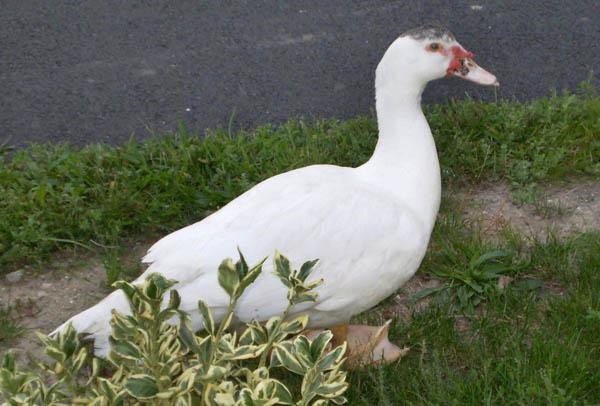 The Mallard duck is known to be wild in wide-spread areas of Europe, Asia, North America and North Africa. The Mallard and its relatives are noted for having a distinctive curled feather on the back of the male. They were domesticated 4000 BC by Egyptians, Chinese and Europeans.

Muscovy Ducks or sometimes called Barbary Ducks or Turkey Ducks do not make the quacking sound of the Mallard, except when chased or caught. The Muscovy was domesticated by Central and South American peoples before Columbus’ arrival in the Western Hemisphere.

According to the United States Department of Agriculture, over 30 million ducks are raised for meat in the U.S. each year. Per capita consumption of duck in the U.S. is about one third pound.

At one time, commercial duck raising centered on Long Island, New York, where in 1873, one Pekin drake and three hens of exceptional size were imported from China. With plenty of fresh water and a teeming market for young duckling in New York City the industry peaked with over 16 million ducks being raised on Long Island farms. 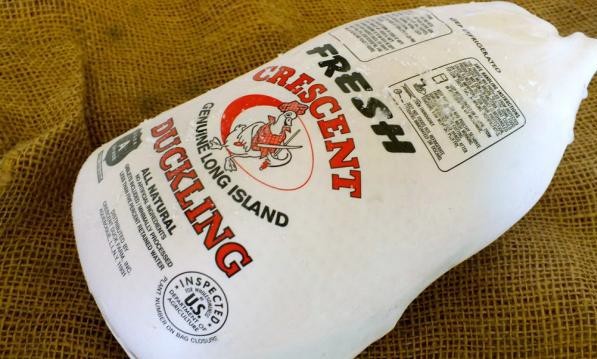 Because of this history, “Long Island Duck” has become synonymous with the commercially raised ducks sold in restaurants and grocery stores alike.

However, because of strict environmental laws and urban pressure all but one farm, Crescent Duck Farm, have been forced from the island today.

China leads the world in duck production. Over 2.6 million tons of duck meat is produced each year, nearly three fourths of the world’s production. “Peking Duck” is a specific recipe for cooking duck and will be found in American restaurants.

France is second in duck production with over 200,000 tons produced per year. Duck meat is a specialty food entre in French cooking.

The production standard for commercial ducks is that they are ready for processing in just 49 days. They will weigh over eight pounds and will consume less than 2.3 pounds of feed per pound of gain. Dressing percentage should be about 65% resulting in a 5 ¼ pound carcass with over 25% breast fillets. If a lighter weight is desired, slaughtering at 6 weeks of age will result in a 7 pound live weight duck.

Maple Leaf Farms, headquartered in Leesburg, Indiana is America’s leading producer of duck meat, duck down and other consumer products. With farms in Indiana and other Midwestern states, including Wisconsin, Maple Leaf is noted for marketing all-natural, antibiotic free whole duck and value added foods.

Hybrid ducks such as the Golden 300 or the White Layer are proven to be exceptionally productive as well as efficient. Purebred Khaki Campbells and Runner Ducks are also good layers.

Duck eggs are slightly more nutritious than chicken eggs. They are higher in Omega 3 fatty acids and stay fresher longer. The duck egg white (albumen) is thicker and richer than chicken eggs, making them highly prized for certain baked goods. Some reports show that people who are allergic to chicken eggs may be able to tolerate duck eggs in their diets.

Though China is the leading country for duck egg consumption, niche markets in the U.S. has shown dramatic increases in recent years. Duck eggs are often found at farmer’s markets, in specialty food stores and grown by the backyard flock owner. Organically grown fresh duck eggs can command $5.00-$6.00 per dozen in the retail market place. 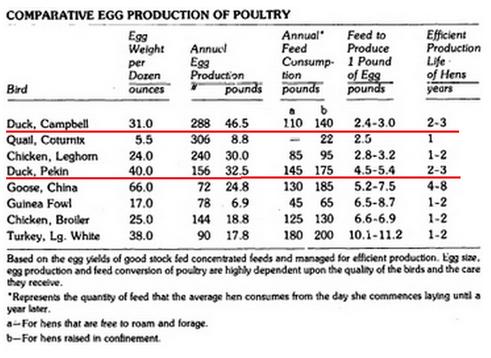