Some producers and consumers are looking for bird that tastes better, grows on a more diverse diet and lives in a more “natural” environment. Still others insist that their food be produced under strict “organic” methods.

In the US, a grassroots pastured poultry movement has been growing since the early 1990s. Poultry raised on pasture are processed on-farm, or in state inspected custom slaughter plants and direct marketed to consumers, creating supplemental income on small diversified family farms. 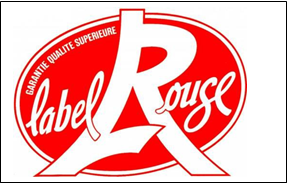 The French Label Rouge, which also started out as a grassroots program, provides an example of what is possible when farmers, consumers and organizations work together.

Label Rouge began 40 years ago as a grassroots movement led by visionary farmers. As poultry became more industrialized after World War II, demand grew in France for the taste of traditionally raised farm chickens. Label Rouge performance has been called ‘stunning’ and now accounts for 30 per cent of poultry sales to the public, in spite of its high price – twice the price of conventional poultry.

The Label Rouge program focuses on high-quality products, mainly meat, with poultry as the flagship product. It emphasizes quality attributes such as taste and food safety and free-range production practices. The average consumer can note a positive difference in taste between Label Rouge and conventional poultry – in fact, regular taste-testing is a certification requirement to prove that these products are ‘vividly distinguishable’ from conventional poultry, according to the program.

The main reason for the superior taste is considered to be the use of slow-growing birds instead of the fast-growing birds used in the conventional industry. The slow-growing birds are from specialty rustic genetic stock and are harvested close to sexual maturity. The meat is flavorsome and firm, but not tough.

Slow-growing birds are key in Label Rouge production – birds grow to five pounds in 12 weeks. (The fast- growing hybrid broilers of the conventional industry reach five pounds in six weeks.) Not only does slow growth allow the organs, muscle and bones to grow in harmony, it also results in a more flavorsome meat. The carcass is generally more elongated and has a smaller breast and larger legs than conventional carcasses. In addition, slower growing breeds are more suited to outdoor production than the white hybrid broiler.

Buildings: Buildings are a maximum of 4,304 square feet. No farm can have more than four buildings. Building must be at least 98 feet from each other.

Maximum density in building: The maximum stocking density is 0.98 square feet for a bird. No more than 4,400 birds are permitted in each building. Chickens require 2.2lb of litter each.

Access and size of range: All birds have access to the outdoors from 09:00 until dusk after six weeks of age, and must be outside for at least 42 days of grow-out. Range requirements are 22 square feet per bird. About two acres of land are needed per house. 1.2 feet of pophole exits are required for 100 square feet of building.

Feed: Feed must consist of at least 75% cereal and must be non- medicated; starter rations can be 50% cereal because of a higher soybean content. Rations cannot contain animal products, growth stimulants or other additives. Fishmeal is not permitted. Synthetic amino acids are allowed.

Other: Although routine medications are not allowed, antibiotics prescribed by a veterinarian are. Coccidiostats are permitted but must be withdrawn five days before slaughter. Vaccination is allowed; beak and toe trimming are not.

Slaughter age: Birds must be grown a minimum 81 days.

Transport: No more than two hours travelling time or 64 miles to processing plant.